Posted at 09:50h in Car Insurance by insuresa@min 0 Comments
0 Likes

Finding the best car insurance companies in South Africa can be a challenge.

There were a number of factors taken into consideration when selecting the company customers felt were the best car insurance companies. The five most important areas that they looked at were:

How They Gathered The Information

The results of the study were not based on a survey sent to people who are current or prospective customers of car insurance companies. This can sometimes give misleading results as people may not be truthful in their answers. Instead the information was gleaned from actual inquiries into and complaints or complements about auto insurance companies. This helped to ensure the results were based on the opinions of everyday people that either had on going relationships with or serious interest in the auto insurance companies and had actually received service or attempted to receive service from them.

Among the group of small companies, Momentum topped the group when it came to feedback/response. Of all the comments made by people using the company, only 13% were complaints.

When customer reports based on the quality of the repairs or service to their vehicles were looked at, there was a 3-way tie at the top. Alexander Forbes, AIG Insurance, and Sanlam all had zero complaints from their customers.

Billing/Accounting was another very important area for consumers. In this category,
Alexander Forbes came out on top. Only 5% of the responses from their customers were related to complaints.

PPS was found to be the best when communications about the call center was considered. There were no complaints from their customers related to the service received from their call center.

Breach of contract was another category where several companies were tied for first place with only 5% of customer communications being complaints. The companies were Mutual & Federal, Santam, and FNB Insurance Brokers.

When customer feedback to the large companies were looked at, Virgin Money Insurance was the clear winner. Complaints from their customers totaled only 17% of the total communications customers had with them.

In terms of repairs /servicing among large companies, the winner in that category had only 1% of communications from their customers related to dissatisfaction with the repairs or service they received. That company was Old Mutual.

The winner of the billing/accounts category had less than 1 in 10 of communications from its customers related to complaints. The company was Outsurance. Only 8% of the consumers that contacted them were making complaints.

When the survey looked at the call center category, Old Mutual was the winner. The 3% of complaints they received was the least among all the large companies considered.

Finally, Old Mutual with only 2% of their customer communications related to complaints about breach of contract took the top spot among large auto insurance companies.

Auto and General topped the survey with 82% of customer communications related to compliments.

While the survey is not 100% scientific, it is a good indicator because it is based on consumers’ unsolicited responses. 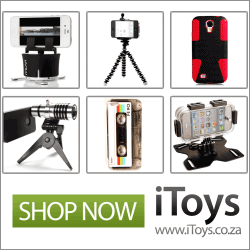